We’ve all done it. Missed the obvious. Just this weekend I was running late to a mutual friend's barbecue and figured I’d leave the navigating to my iPhone in order to make up the time.

Siri hardly ever lets me down. 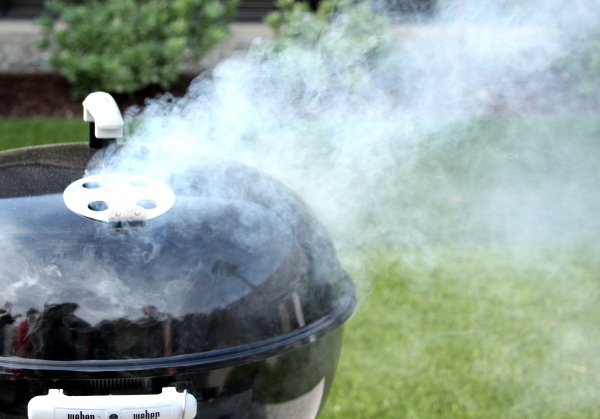 But after spending 15 minutes circling the same block and clearly not getting anywhere, I finally decided I needed to put the iPhone down and use my own two eyes and commonsense to navigate. That’s when I caught a waft of smoke coming from a house set back a ways from the road. Bingo.

Sometimes we get so dependent on the next big thing in technology, it’s easy to miss the obvious sitting right in front of us.

Take microtrenching. We’ve all heard that it’s quicker, cheaper and a much better way to bring in fiber optic cable. There’s little doubt that it’s far better to microtrench a shallow opening for optical cable than to dig down several more feet, which was the old way of doing things that resulted in torn up roads, uprooted trees, and traffic delays.

I’d be the first to tell you that microtrenching is a great option for bringing in more data, more video, more of everything. (And, in fact, I have. Read Microtrenching and Fiber Connectivity. )

But the point is, microtrenching has become the latest industry buzzword and sometimes it obscures the obvious. Yes, microtrenching is good, but no trenching is better. I am referring to Wavelength Division Multiplexers (WDM), which can be the simple solution for many organizations that already have fiber optic cables in the ground.

With incredible capacity already present in these existing optical runs, why not use it?

We are talking about lightwaves, after all.

The slice infrared spectrum that is usable for fiber transmission provides a theroetical bandwitdth of 50 THz (that’s Terahertz, or 50,000 GHz). It’s theoretically capable (as determined through a complex series of calculations) of data rates of about 1.2 petabits per second per fiber core! 17 million times more data than a typical 3 gigabit SFP, which means a large portion of the bandwidth of a fiber optic cable is wasted.

Wavelength Division Multiplexing (WDM) is a way to add more channels of data on those fiber cables already in place. No trenching required. In many cases you can easily add 16 channels to an existing fiber cable, yielding data rates from 155 megabits to 3 gigabits (or more) per channel, for a possible aggregate data rate of 48 Gbps.

The transport electronics currently being used stays the same. Very often it’s a simple matter of adding a multiplexer at one end of the cable and a de-multiplexer at the other end. Again, no trenching required, micro or otherwise.

WDMs are widely used by telecommunications companies and others for this reason, and their use is growing in popularity as higher data requirements (video on demand, internet, VoIP, video conferencing, et al) continue to max out existing infrastructure.

WDM makes it possible to add capacity by transmitting channels at different wavelengths, or colors of light. Think of WDM as a set of eyes – your eyes can see many different colors of light. A WDM unit is similar. It uses filters to divide out the light representing channels of data. Wavelength division multiplexers do all the optical combining and separation of light using filters.

Most of the WDMs you’ll find on the market can operate on single-mode fiber cables and some operate on multi-mode as well.

WDMs come in two popular flavors, coarse (CWDM) or dense (DWDM). Both are based on the same concept of using multiple wavelengths of light on a single fiber, but differ in the spacing of the wavelengths, number of channels, and the ability to amplify the multiplexed signals in the optical space.

Coarse WDMs, also known as conventional, generally transmit in the 1310 to 1610 nm wavelength range. Dense WDMs can also transmit in the same band, but have denser channel spacing compared to coarse. Doug Schwartz gives one of the better explanations of WDMs in Wavelength Division Multiplexing – It’s Not Rocket Science…

Of course, you could always install more fiber, if the conduit space is available and you have the permits to pull more cable.

Or, you could also increase the bitrates of the system, but that too can be cost prohibitive and require that you upgrade the electronics in the network.

Or, you can go simple and multiplex onto existing fiber using wavelength division multiplexing.