Fiber and the Industrial Internet of Things (IIoT) 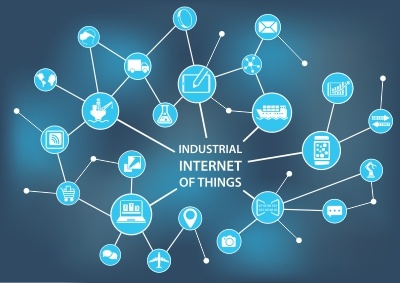 By now, nearly everyone has heard of the Internet of Things, the latest buzzword in technology. From the fitness monitor that tracks your activity to the smart thermostat on your wall, IoT devices are becoming prevalent in society.

Less known is the Industrial Internet of Things, or IIoT. This burgeoning market has the potential to rapidly eclipse the consumer market, with economic impacts of this technology estimated by analysts to reach the $6.2 trillion range by 2025 (yes, that’s TRILLION). Uses are already prevalent in manufacturing, aerospace, health care and mining with additional markets poised to come on board as the infrastructure is built. Although this portion of the Internet of Things is still in its infancy, IIoT devices are increasingly monitoring, controlling and managing industrial systems, improving efficiency and ensuring safety in operation.

The main difference between the IoT and the IIoT is the impact of a glitch in transmission. If you instruct your smart thermostat to change the temperature because you’re coming home early, and for some reason the instruction packets don’t reach the thermostat, the worst thing that happens is the wrong temperature when you get home. In the industrial world, bad or dropped data could be catastrophic, shutting down critical systems or resulting in massive inefficiencies in operation. Also, real-time responses are critical. The standard internet can have delays of several seconds, while industrial machines may require accuracy well under a second – or millisecond. For this reason many companies are turning to fiber networks for their high-speed, broadband transmission requirements.

The fiber industry is growing at an average of 5.5% per year, with a significant portion of its growth tied to IIoT. Flow rates, temperature, SCADA (supervisory control and data acquisition) information and other process systems are sent via ultra-fast, reliable fiber connections.