Fiber in the Cockpit! 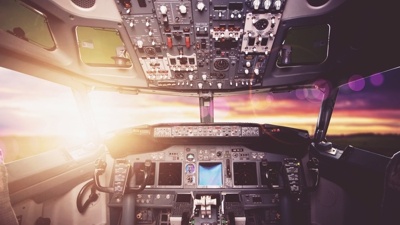 Today’s next-generation avionics include thermal and infrared imaging, better radar systems and enhanced surveillance systems that require the transference of huge amounts of data in real-time.

That’s where fiber optic communications comes in. Originally used in aircraft because it’s fairly lightweight, fiber optic cabling now provides the bandwidth needed for high-resolution imagery and so much more needed of aircraft these days. Fiber data transfer rates can exceed 10 gigabits/second, which runs circles around copper cabling at a fraction of the weight and size.

The first widely publicized use of optical fiber in military aircraft goes back to 1976 when an A-7 Corsair was rewired with optical cable, replacing several hundred copper wired circuits with a dozen fiber cables.

Fiber optic communications has been steadily climbing in aircraft use as high-definition cockpit displays are being inserted into military aircraft. We’re seeing more and more optical fiber in legacy fighter jets thanks to Service Life Extension Programs (SLEPs) that make rewiring to optical fiber a common practice. Lockheed Martin’s F-35 fighter jet uses fiber optics for its mission critical communications systems, according to an article in Aviation Today. Even on the commercial side, fiber optic communications is on the rise given an ever-increasing demand for broadband access by passengers, and the need to cut out excess wiring in order to reduce aircraft weight for greater fuel efficiency. When developing the 787 aircraft, Boeing was able to cut at least 60 miles off the length of wiring due to fiber optics.

Fiber optic communications has been a commercial, government and military staple for more than a quarter of a century, and is valued as much for its lightweight and broadband characteristics as it is for its security related properties.