In fact, once something is familiar, or I should say used on a regular basis, most times that thing that you are using is not really understood at all. It just does what you need it to do. For example, when you get up in the morning and take a shower before heading off to work, do you fully understand all the things that had to happen for that hot water to come out of the shower head? Most likely not, but it’s expected that when you step in, and turn on the valve, you will have a nice hot shower because it’s familiar. For a moment, just think about all the things that happen during the course of your normal day that you don’t give a second thought to because they are familiar: turning a light on, toasting bread, watching television, sending a text, making a phone call, responding to an email, mailing an envelope, etc.

Just as every new technology was originally shunned by the general public and then massively accepted due to the benefits, improvements and convenience it brought to every day life, wavelength division multiplexing, or WDM, is smack in the middle of that same genre. The one big difference is, everyone is already using it, they just don’t know that they are!

So, now “What is Optical Wavelength-Division Multiplexing?” I’m glad you asked. 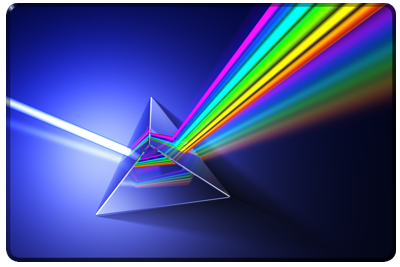 In optical wavelength division multiplexing, it goes like this. When you walk outside and it’s a beautiful, bright sunny day, the light from the Sun is basically white. But you take that white light and shine it through a triangular glass prism and voila, you are presented with a rainbow of beautiful colors! Well, at least those colors that are visible to us humans. In 1672, Isaac Newton developed a theory of color based on the observation that a prism decomposes white light into the many colors of the visible spectrum and its been known as ROYGVIB – Red, Orange, Yellow, Green, Violet, Indigo and Blue ever since.

Light is part of the (going a little technical on you here) electromagnetic spectrum. 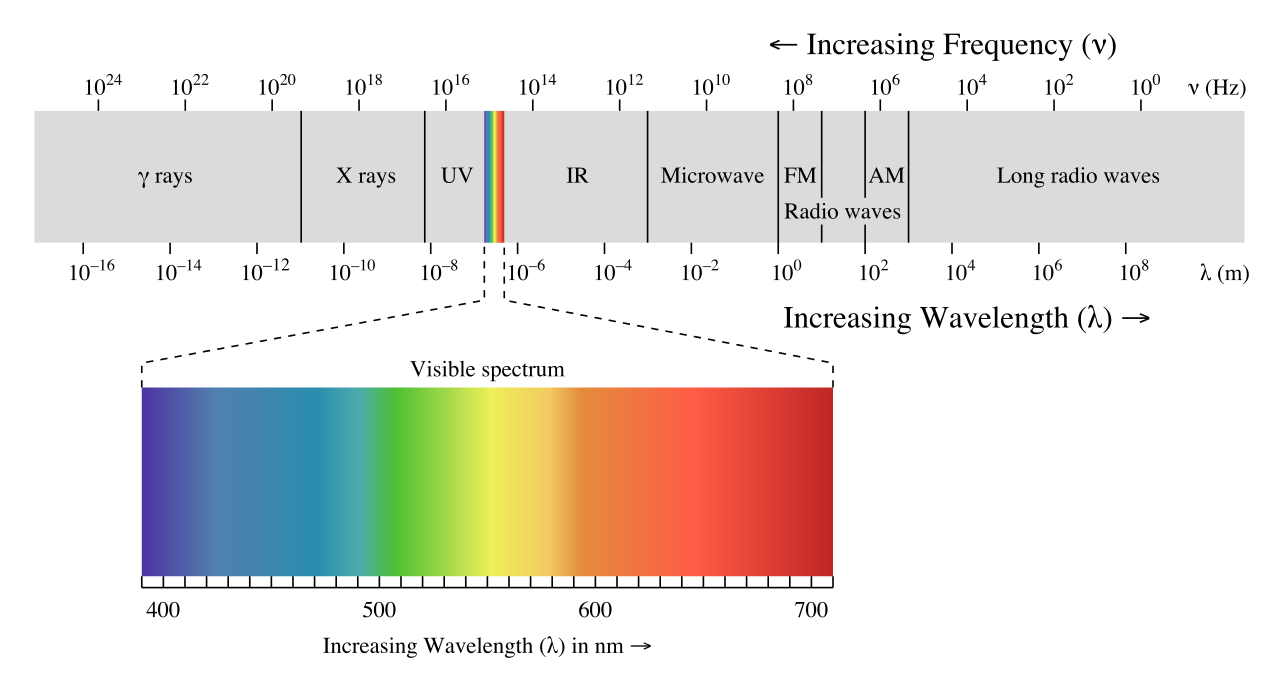 As you can see, visible light is actually just a sliver of the total light spectrum. In fiber optics, we use the light at the near infrared side starting at 850nm all the way out to the far infrared side around 1620nm.  Every color is associated with its particular wavelength. For example, the color green has a wavelength between 495nm-570nm in the visible spectrum.

So, in its simplest format, in optical fiber, we take an electrical signal and convert it to a wavelength of light. Then we combine several different wavelengths (multiplexing), each carrying its own signal (whatever that may be) and transport it over a glass fiber that as small as a human hair.

Now, that's something to think about!