Security. What They Don't Want You to Know. 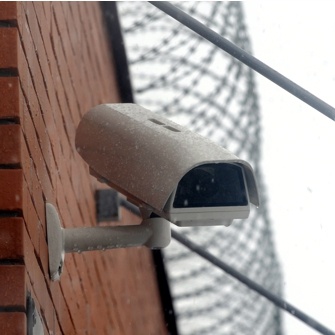 Every enterprise should have a safe and secure environment for its employees, customers and people in general. There are plenty of technologies to assist in securing just about anything today, but what nobody is telling you is that there’s a fly in the ointment!

Security cameras, better know as CCTV (closed-circuit television), are the eyes and sometimes the ears of a security system and they all are connected to a central monitoring station. The links between devices are typically done in one of three ways: wire line, cellular, wi-fi.

The first type, wire line, is good old copper cable, a technology from the 1820’s that is physically attached to the devices on both ends of the system carrying the signal from point A to point B. The second, cellular, which was invented in 1973 and made available to the public in 1984, utilizes RF to transmit the signal from point A to point B on various frequencies ranging from 380 MHz to 2600 MHz (depending on your carrier). Finally, wi-fi, a "newer" technology from 1997, is similar to cellular in that it uses RF to transmit the signal (albeit, in a small, confined area called a hot spot) on either 2400 MHz or 5000 MHz, or a combination of both.

Now, about that pesky fly… What the manufacturers of those transmission mediums don’t tell you, and really don’t want you to know, is that none of them are capable of securing your connectivity for video, voice, and data. And here’s why.

Copper cable is notorious for generating compromising emanations (CE). CE is defined as unintentional, intelligence-bearing signals which, if intercepted and analyzed, may disclose the information transmitted, received, handled, or otherwise processed by any information-processing equipment. It is also possible to garble or completely disrupt the signal with just a little electromagnetic interference (EMI). An attacker can also insert data onto a copper cable, thereby creating disinformation and raising havoc within your organization.

As for RF, there’s a saying: “What goes up, must come down.” Any RF signal transmitted through the air will be received, whether by you or the bad guys. And any RF signal can be jammed and disrupted. For a mere few hundred dollars you can buy jammers on the Internet!

The only way to avoid these pitfalls is by using fiber optic communications point-to-point.

There are several reasons to use fiber. Fiber optics has virtually an unlimited amount of bandwidth. AT&T’s infrastructure currently processes telecommunications at 100 Gbps and are on their way to 400 Gbps. Fiber is immune to EMI, EMP, RFI and even lightning strikes. With this kind of bandwidth it is unnecessary to compress video, you can transport multiple channels of native, uncompressed 3G or even 4K video on a single fiber! It’s also sustainable. Fiber is made from silica and sand, two of the most plentiful resources on the planet (silica is the second most common element in the Earth’s crust, comprising 25.7% of the crust). Fiber optic is made of glass, which is a pure insulator. There is no electrical connection or path between ends. As such, fiber eliminates noise due to ground loops. Fiber can span great distances that are not possible with copper cable or wi-fi.

Oh, one other little thing: cost. Due to the rapid expansion in the deployment of fiber optic cable, it is now less expensive than comparable copper category cable, and no one is going to steal it, smelt it down and sell it on the copper market (which is current going for $2.20 per pound).

So now that you know, do you really want to use the other stuff, or go fiber and get a good night’s sleep?