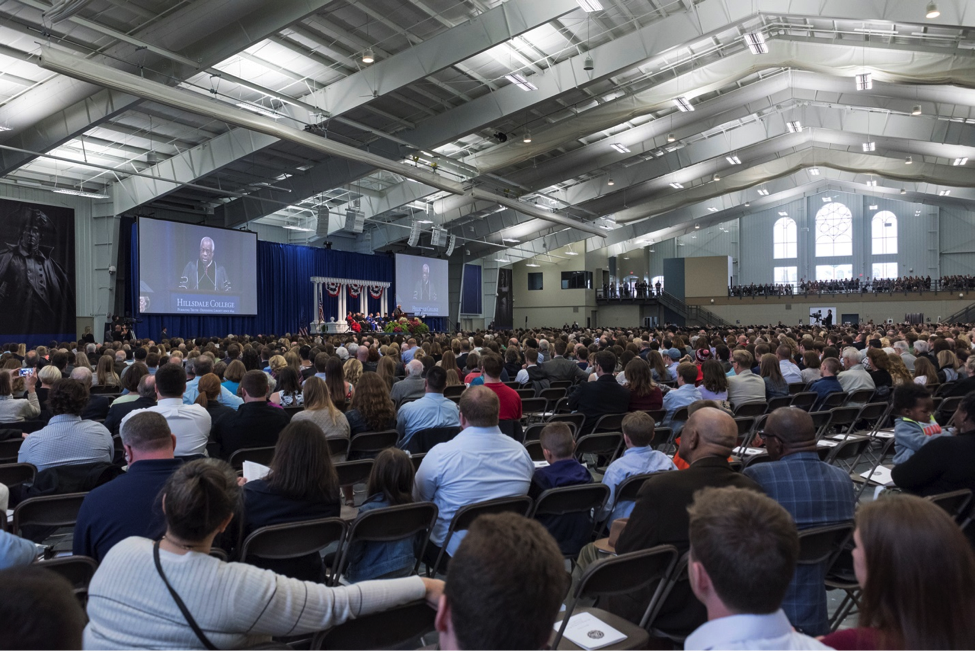 In 2013, Hillsdale’s Director of Technical Media Ted Matko was searching for a way to easily move broadband video and audio from the campus’ sports complexes to the multimedia operations center. Because the sports complexes are nearly a mile away from the center, running broadband cables from each facility would have been cost prohibitive. “I was walking the InfoComm show with one of my vendors, Avtek, and they introduced me to FiberPlex,” Matko said. “It was the perfect solution for us.” Matko explained that the campus had been outfitted several years earlier with fiber optic lines that ran from the campus control center to each of the classroom buildings, the sports complexes, the fine arts building, the music building and the conference center. The fiber lines had been ‘dark’ for some time but were still intact.

FiberPlex proposed outfitting various locations on campus with WDM-16 units. The WDM-16 is a 16-channel Active Wave Division Multiplexer. It allows the user to combine up to 16 sources of data on a single fiber pair. The ultra-high data rate – up to 96 Gbps aggregate – enables transmission of multiple channels of broadband video, audio, and data over the fiber.

WDM-16 units were placed in the Margot V. Biermann Athletic Center, the George Roche Health Education and Sports Complex and the Sage Fine Arts Building, and a smaller 8-channel multiplexer was placed in the Grewcock Student Union building. Two WDM-16 units were installed in the Media Operations Center. “Without the WDM units, we would not have been able to afford this project,” said Matko. “Since the units were able to use the fiber that was already in place, we had no construction costs for the long hauls.”

Audio at remote locations is handled by Peavey MediaMatrix systems; an audio feed plus the multiple camera feeds are connected to the WDM-16 in the remote location. At the Operations Center, comprehensive A/V feeds are retrieved from the multiplexer, assembled into a final form, and distributed via fiber to other locations on campus as well as to the College’s LTN feed, which is picked up by broadcast networks. Said Matko, “What used to take me four hours for a three-camera setup is now done in a half hour. The student camera operators only have to worry about plugging a single cable for each camera into the wall. Without large cable runs, things go so much faster.”

Renovations to the auditorium forced the relocation of large lecture events to the Biermann Center, all the way across campus. Matko said the multiplexers were crucial for this and the college’s 2016 Commencement exercise in May. With the event’s high profile speaker – Supreme Court Justice Clarence Thomas – high quality feeds of video and audio were mandatory. “We ran three cameras and support equipment over the FiberPlex system back to the Operations Center,” said Matko, “and returned a video stream for the projection system via the WDM-16. There were 5,200 people in the sports complex and 15,000 others watching the ceremony via streaming. The system did exactly what it was supposed to do.”

Other applications utilizing the WDM-16 on campus include basketball, volleyball, football, and baseball games. “For basketball games, I’ll have my announcer, two overhead mics, two mics in the baskets (for the ‘swishing’ sounds), the floor announcer, etc. all controlled by the MediaMatrix which sends a combined audio feed to us for distribution,” said Matko. The audio is complemented by multiple camera feeds from the floor. In addition to the audio and video, Matko feeds data from the Daktronics scoreboard to the Operations Center, and then re-converts it to a display for a live media scoreboard. FiberPlex modules are used for conversion of the data from the scoreboard.

Other FiberPlex products are in use at Hillsdale College as well. LightViper snakes are employed to move audio through the auditorium into a Yamaha mixer, enabling Matko’s staff to control audio for campus and network feeds separately from the house audio. Integrator AVI Systems, headquartered in Eden Prairie, Minnesota, managed integration of the FiberPlex multiplexers throughout the campus. “The system has been in place for a few years now, and I’ve had no issues with the FiberPlex products,” said Matko. “It’s been excellent equipment.”

Find out how to maximize the use of your existing fiber infrastructure. Download our Free eBook:

How to Turn One Fiber Pair into Sixteen 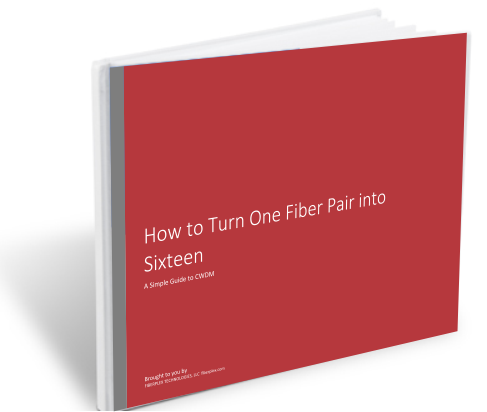