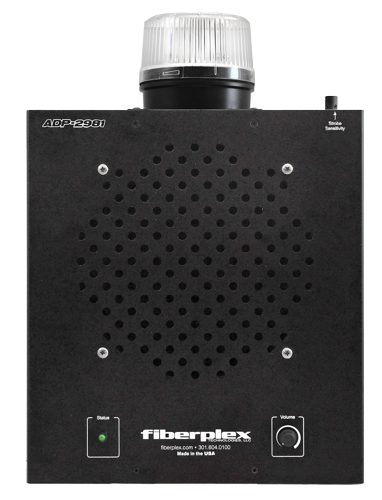 The ADP-2981 / ADP-2982 is a stand-alone wall or shelf mountable loudspeaker unit.  Each unit houses and powers an 8-inch speaker and, in the case of the ADP-2981, a high-intensity strobe.

The unit utilizes FiberPlex FOI series modules to extend Public Address and Mass Notification systems via fiber. External audio signals such as voice announcements, music, a doorbell buzz, etc. are first connected to a FOI-2981 or FOI-2983. This FOI unit then transmits the signal via a fiber optic link to a FOI-4982, conveniently housed and powered by an ADP unit. From there the FOI-4982 drives up to 10 ADP units in a daisy chain.

Each ADP unit is equipped with an AC line-powered supply to drive the amplifier and supply DC power to an attached FOI module.

The ADP-2981 also contains a strobe annunciator, useful for areas with high background noise or those with hearing difficulties. A knob on top of the unit controls the volume threshold that the audio must exceed for the strobe to flash.

A typical link consists of either a FOI-2981 for line level audio or a FOI-2983 for 70V audio connected by a single fiber cable to a FOI-4982 installed into an ADP. The audio out of the FOI-4982 is connected to the ADP via an RCA cable. Additional ADP can be daisy chained using copper RCA audio cables. Up to a maximum of 10 ADP can be daisy chained for audio distribution. 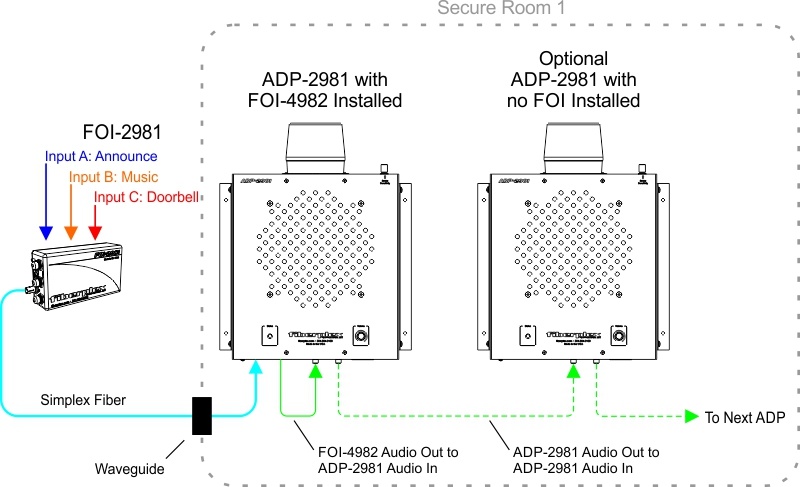 To connect multiple ADP using a fiber connection, FOI-7280 can be used in ‘Broadcast’ mode. See user manual for FOI-7280 for more details. 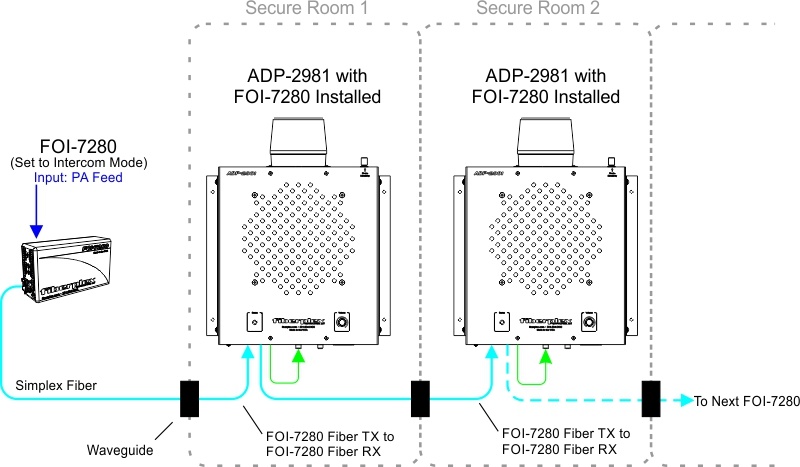 This product has no accessories